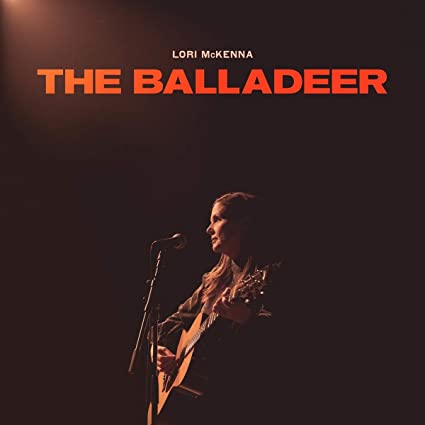 Lori McKenna records should come with a warning label - this product may cause uncontrollable weeping. Every generation has their best songwriters, and this unassuming mom from Massachusetts happens to be one of them. It's the kind of talent that wins Best Country Song Grammys in streaks. She took the trophy home in 2016 for co-penning "Girl Crush". Then in 2017, she won again for "Humble and Kind" (which she wrote herself). Some of the other years, she was at least nominated.

As an artist, McKenna has been dutifully releasing a record at a prolific clip about every other year. "The Balladeer" is her 11th album in the 2000s. She's found a superstar production partnership in Dave Cobb (who has a knack for befriending all the best songwriters alive). The McKenna and Cobb pairing with 2016's "The Bird and the Rifle" was hailed as a masterpiece. But 2018's "The Tree" was stunning in its own right. Add this record to another in the set of McKenna winners.

How does her magic work? Part of it is how songs will disguise themselves as being light and airy, then move you from the inside. With "Good Fight," the melody suggests a peppy and poppy love song. But when we meet the characters, locked in a long marriage, they're embroiled in an argument. That becomes a metaphor for how their lives together have been a test worth the fight.

Simple and often acoustic musical accents abound to accompany the profound poetry. A few friends stop by, like the ladies from Little Big Town ("This Town Is a Woman") or the Love Junkies (a group of songwriters Hillary Lindsey, Liz Rose and McKenna) who helped sing and co-write a few of the stronger pieces of material (When You're My Age").

While that's all well and good (and so is McKenna's overlooked emotional singing), it's the mining of relationship in verse that's the star. McKenna doesn't wow you with her word choice. She uses plainspeak and tiny detail to ring with emotional resonance. She's aiming to find that secret heart where it lives in orbit with others. Maybe it's a sibling ("Marie") or a spouse ("Two Birds"). Maybe it's an old boyfriend, or your younger self - an absolute gem on this collection is "Stuck in High School". Here's a taste: You're always carrying around that kid/Whose picture's in the hallway, 18 and graduating/Did you ever make those dreams come true/Or is the kid still waiting?

This is a chance to sit in amazement and listen to a master songwriter who makes it look easy. Stock up on tissues. The label doesn't say it, but you've been warned.