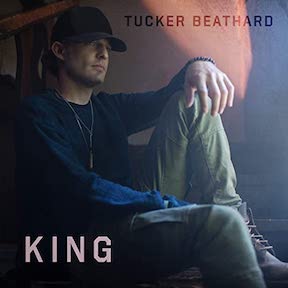 Tucker Beathard comes out swinging hard on the final installment of his 20-plus song opus "King" with the rocking "Better Than Me." He approached this project with a different perspective having endured the stabbing death of his younger brother, Clay, in December last year.

"King" acts as a tribute as the album bears Clay's middle name. Beathard co-wrote and produced all 13 songs. Sonically, most of the album features his signature hard rocking sound. He also has drum and lead guitar duties on the whole collection. Thematically, he covers most of the bases. What's a country album without a drinking song and some football. Beathard checks off those boxes with "One Upper," a rowdy song about a bar scene, and "20-10 Tennessee," in which he compares the ups and downs of a football game to that of a relationship.

Beathard's father, Casey, knows a thing or two about songwriting. He has penned hits for Kenny Chesney and Eric Church. So, with a father/son co-write credit on "You Would Think," the listener might infer it would be a song about a kid talking to his dad. Not so, Beathard said of the slow tempo number.

The moving closer "I Ain't Without You" is about realizing the power of Jesus Christ in coping with his brother's passing.