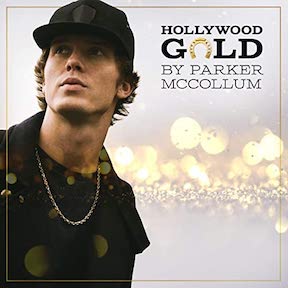 The best song on Parker McCollum's EP, "Like a Cowboy," wasn't one the singer/songwriter composed. No, this piano ballad was written by Chris Stapleton and Al Anderson, two of country music's best songwriters. Lyrically, it questions the assumptions we oftentimes make about cowboy character. We probably shouldn't just assume all cowboys are good at heart. Although not his own, McCollum sings it like it is, making it the strongest of six strong songs.

This release opens with "Young Man's Blues," which includes some sweet, early Tom Petty electric guitar jangle in places. McCollum co-wrote this one with Randy Montana, and it treats youth with gut level honesty, instead of Nashville's usual overly applied nostalgia.

Honesty is McCollum's best songwriting trait, and this attribute shows through most on "Love You Like That," which closes out the project. On it, McCollum sincerely grapples with his inability to love a woman the way she deserves to be loved. Most love songs way over do the confident hyperbole. Lovers promise the moon, knowing full well they won't (and can't deliver). McCollum's romantic self-doubt here is refreshing.

Sonically, the production on these songs may be a little too Nashville pop for McCollum's red dirt fanbase. The drums and electric guitars on songs like "Pretty Heart" are louder than they really need to be. Nevertheless, McCollum's heartfelt lyrics make such questionable production choices forgivable. He really only needs three chords, his natural candor and the truth.