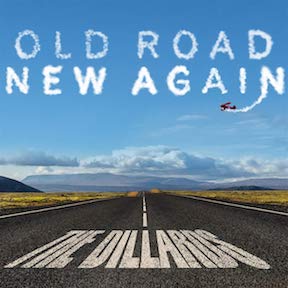 The Dillards, members of the International Bluegrass Music Associations Hall of Fame, were as notable for increasing the mainstream popularity of bluegrass during the 1960s as any of the pioneers including Flatt & Scruggs, Bill Monroe and the Stanley Brothers. They bridged the bluegrass and folk divide, came into living rooms regularly as The Andy Griffith Show's The Darlings and fertilized fields that would cultivate country-rock.

With Rodney Dillard the only surviving member of the group, the current edition of the band lacks the group's historical verve, but carries a distinctive fervor of its own. Built around Dillard's easy-going voice and rhythm guitar, the instrumental line-up is stout. Tony Wray (Todd Snider, Dan Tyminski, Blue Mafia) is as impressive a lead guitarist to be found in bluegrass, and also provides banjo. George Giddens is a flavorful fiddler, Gary Smith is another long-time member of these revived Dillards, as is clawhammer banjoist and singer Beverly Cotten-Dillard.

Most successful is a loping version of "Save the Last Dance For Me" and the surprising "Funky Ole Hen," a playful Cotten-Dillard-led interpretation of "Cluck Old Hen." Sam Bush (mandolin and fiddle) and Bernie Leadon (banjo) guest on "Sweet Companion," with both also appearing elsewhere. Bush also contributes to one of the album's connections to The Dillards' legacy, "The Whole World Round." "Tearing Our Liberty Down" rings a bit hollow - nationalistic fire without commitment to a political perspective; Mike Reid's "Always Going to Be You," also previously recorded by Kenny Chesney, is more inspiring.

The album settles into a welcome groove for its final 10 minutes. Don Henley's voice isn't what it once was, but lends ideal gravitas, duetting with Dillard on the wistfully appreciative, country-rock tinged "My Last Sunset." Documenting The Dillards' place within the Americana panorama, Henley also appears on the inspired title track, one that documents The Dillards' western migration, name checking those the original group influenced: "Buffalo roamed the spring field, The Beatles and the 'grass, the Colonels and the Parsons weighed this wheated past, Angel City Darlings, Sweethearts of the Rodeo we tasted all the beauty of the Queen and Sally Rose."

A reprise of "Take Me Along for the Ride," from The Dillards previous-to-last recording, 1992's album of the same name, aptly closes "Old Road New Again," a still-timely song galvanizing the musical and historical loops revealed.

"Old Road New Again" balances the legacy of the legendary Dillards with a contemporary approach to modern bluegrass and roots music. Thoroughly enjoyable.

CDs by The Dillards