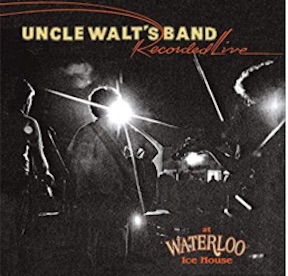 Originally released in 1982 as a 14-song set recorded at Austin's Waterloo Ice House, this expanded edition of 21 tracks by the trio of Walter Hyatt, Champ Hood and David Ball is an entertaining mix of originals and nicely chosen covers.

Hood injects some rock and roll into the mix with "Lose Me Baby" and even a touch of Motown with "Eddie's Girl." Ball delivers the strongest vocals on the bluesy "Bye, Bye Baby" featuring a nice guitar solo from Hood, and the jazz flavored "Just A Little Understanding" that recalls Paul McCartney.

Standout covers are "Snowing Me Under," written by Steve Runkle (a bandmate of Hyatt and Hood in the '80s Nashville-based The Contenders) with a soulful vocal by Hyatt, and Ball's take on the ballad "Since I Fell For You'' that was a pop hit for Lenny Welch in 1963. Other highlights are the 1960 Elvis Presley hit "I Gotta Know" and the obscure Fats Domino 1968 album cut "Honest Papas Love Mamas Better." The diverse repertoire of the band is best exemplified by the closing cover of Brazilian jazz artist Moacir Santos' "Early Morning Love" that in particular showcases the sweet harmonies of the trio.

As with previous reissues of their studio albums "Recorded Live at Waterloo Ice House" gives long overdue exposure to hidden gems from Uncle Walt's Band. Gilmore is quoted in the liner notes declaring "the three best singers in Austin were all in the same band," an observation given credence by this release.