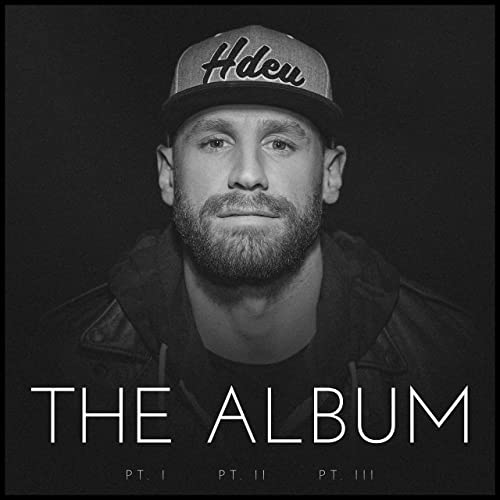 If you think you Chase Rice's "The Album" sounds familiar, that's because it was released earlier as two EPs. Aptly titled "The Album Part 1 and Part 2," he marries those 11 songs with three new songs and a collaboration with Florida Georgia Line. He showcases his songwriting skills with credits on nine tracks.

The sum total feels like it was borne from the contemporary country playbook. Young love is in the air on unsubtly titled numbers like" Bedroom" and "Messy." The melodies are linear and lack depth, especially on songs featuring the fairer sex. Some border on danceable.

Nostalgia reigns on "Down Home Runs Deep," one of the album's better efforts. Rice has the ability to deliver a song and comes closest to showing it on "If I Didn't Have You." It starts out promisingly with a twangy intro, but gets glossier as it goes on. Appropriately, the video features a pickup in the woods, enhancing the bro country feel.

The collaboration with FGL." Drinkin' Beer, Talkin' God, Amen" is the very essence of bro country; a genre that Rice had been staying away from since his split from Columbia Records. The album feels conflicted and leaves one wondering what Rice's end game is. Will he pursue his initial intention of furthering his creative route to something more substantial or stay the course? He's no stranger to the charts or a contemporary sound, but there is not a lot of grit to the themes or instrumentation.