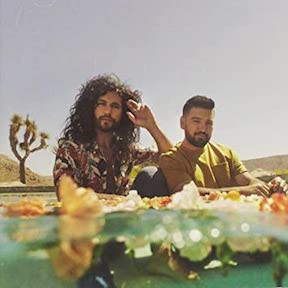 With Rascal Flatts gone, the heir apparent to the breezy pop country throne, Dan +Shay has taken its rightful place. Their fourth studio album, "Good Things," is a feather light 12-song cruise suitable for multiple radio formats from adult contemporary to pop and even country, though that feels like a stretch.

Each song was co-written and produced by Dan Smyers while Shay Mooney put his pen to eight tracks. One look at the credits, and you'll know which direction it will be headed. The duo enlisted pop heavyweights Julia Michaels and Sean Mendes to help with co-write and production duties. Of course, let's not forget the collaboration with the Beibs on the previously released "10,000 hours," which is part of the track list along with the hit "I Think I Should Probably Go To Bed."

The collection employs the same formula as their previous platinum efforts that brought them to prominence.

The featherweight class begins immediately with the title track. It starts with soft piano and proceeds to morph into a synth dance blast of an optimistic apology. Urging simply, "I hope you think good things when you think of me." They switch gears into R&B on "You." a delightful cruise. The production is appropriately glossy, and their vocals are solid, but with so much sheen and too little grit, it's hard to get them out of their vocal wheelhouse because they don't seem to be testing their limits. The duo used a fair amount of traditional instrumentation on their 2014 debut, but there is no sign of that here.

So hit the beach, order a Bahama Breeze and take "Good Things"" for a spin. It's well suited for just that. But not much more.