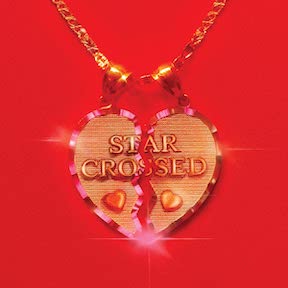 It's nearly impossible not to read between the lines when listening to Kacey Musgraves' "star-crossed" album, as it's her first release after her divorce from Ruston Kelley. The good news, is that Musgraves doesn't sound angry and out for revenge on her ex. In other words, he doesn't go all Alanis Morissette with these 15 songs. Instead, to some extent, Musgraves sounds to be putting at least some of the blame on herself. One titled "Good Wife," finds her wishing she could be a good spouse. Did she fail at that role? Then with "Angel," it's as though Musgraves is coming to grips with truth that, to be that 'good wife,' she'd nearly need to be some kind of heavenly being.

The saddest commentary on her past relationship is found on "Camera Roll," which details how so many of our memories are stored via pictures kept on our cellphone. It's tough sometimes to delete these, but equally difficult to let them dredge up so many memories. This track is followed by "Easier Said," which helps comprise the album's middle part and represents the heart of Musgraves' broken heart. With "Hookup Scene," Musgraves comments on the easily deniable illusion of free love. She knows that once you've experienced true, mature love, you can never really go back to a lifestyle of nonchalantly sleeping around. This back-to-back-back set of songs is filled with overwhelming melancholy.

"star-crossed," however, is not a cover-to-cover tragedy portrait. For instance, "Simple Things" hearkens back to the less complicated days of youth. Adulting is hard work, after all, and we probably don't appreciate the carefree days of youth nearly enough.

Although "star-crossed" doesn't mark a return to more country sounding music, this new album is not nearly as sonically adventurous as the previous "Golden Hour." It's very much a pop album, albeit a rather gentle one. There's plenty of acoustic guitar running through these tracks, and many of these inclusions – such as the title track – have a touch of a Latin music vibe running through them. In fact, the closing song, "Gracias a la Vida," is sung in Spanish.

Much of Musgraves' varying feelings on this project are expressed via two- and three-song subsets. For instance, "Keep Lookin' Up" finds the performer recalling her father's encouraging words to stay positive, while the very next song, "What Doesn't Kill Me," helps her get a balanced perspective on difficult circumstances. Thirdly, "There Is A Light" completes a trio of positivity songs with a softly danceable track. One might also add "Gracias a la Vida" to Musgraves' hopeful side. She's been singing this Chilean song by Violeta Parra live for some time, and now it's made its recorded appearance.

Kacey Musgraves has likely distanced herself permanently from the country music the same way Taylor Swift made her firm country-to-pop departure. While not country, Musgraves' pretty, gentle – mostly acoustic pop, is something country music fans can appreciate. It's good to know – at least on paper – she's come out better, not bitter.