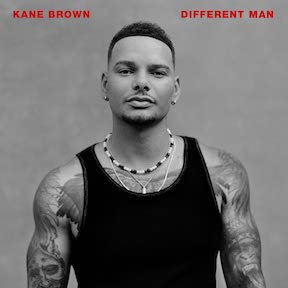 It's easy to be skeptical about Kane Brown's country music credibility, as he often times releases music that has more in common with R&B than anything honky tonk-ready. Those who watched Brown perform "Grand" on the MTV VMAs this year, might not even know there's a country music bone in his body. That cut is far more in The Weeknd stylistic spectrum than the rest of the album, though. In contrast, "I Love You Like I Love Country Music," which is getting plenty of mainstream country radio airplay, is one of the best things to hit those airwaves in a long, long time. It includes a fiddle solo, in addition to Brown singing the praises of a few legitimate country artists and songs. The good news is that this radio single is not the only decidedly country song on the album.

We can only hope radio also makes a hit out of the drinking ballad, "Whiskey Sour." Brown sings it wonderfully over an acoustic guitar base, while fiddle runs all the way through it. Let's not forget the earlier single, "One Mississippi," which is also good fun.

Nothing Brown has done before, though, will prepare you for "Pop's Last Name." Colored by acoustic instrumentation, as well as steel guitar, it finds Brown's referring to his far from perfect dad. "I grew up without a father/He's been locked up since '96." He then sings the praises of his grandfather. "But there's another man, he ain't here no more/He raised me as a kid." Brown's grandfather taught him values and manners,and without coming right out and saying it, this familial elder helped prevent Brown from following in his father's criminal footsteps. It's a song about family values, which comes from a long country lyrical tradition and is truly touching.

When weighed on a stylistic scale, "Different Man" contains far more music that is country, than music that is not. Not only that, but the best stuff is also truly good stuff. One imagines Brown will always wear multiple musical hats. And why not? It would be unfair to box him into just one genre. However, if you want to hear Brown do (mostly) country music, this is the album to buy. He's a different man than you may have at first imagined.