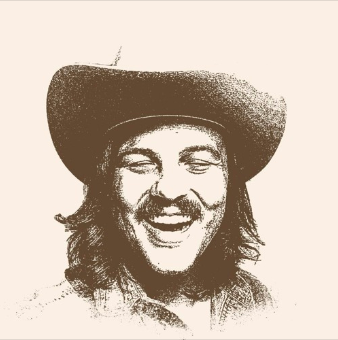 JD Clayton is a singer-songwriter from Arkansas making his full-length debut. His fall 2022 EP, "Side A," was his platform for a series of acclaimed performances at the Americana Fest. All five songs appear here. He also had a 2018 EP, "Smoke Out the Fire," produced by Thomas Dulin (Drew Holcomb & The Neighbors), who returns to helm this one.

Clayton is as unadorned and straight-forward as they come. With him, it is all about the song. Clayton, having lost his coffee shop job during the pandemic, signed on with a construction company and found time driving with the crew between jobs to focus on music from The Band, Lynyrd Skynyrd and Creedence Clearwater Revival, so the organic sounds of those bands greatly influenced his approach.

The personal title track sits square in the middle of the album and finds Clayton speaking directly to his mother about the challenges of the music business and his accordant determination. "Heartaches After Heartbreak" is a mid-tempo rocker, sung like a guy who has been fronting bands like a veteran. "Cotton Candy Clouds" changes up the sound to invoke The Beatles' Abbey Road-like psychedelia, segueing to a cover of the standard "Midnight Special" with CCR in mind. "Different Kind of Simple Life" leans toward Haggard's Bakersfield sound, and the closer, "Sleepy Night in Nashville" ends with a kind of symmetry as Clayton half sings, half speaks a narrative over acoustic strumming before the clean picking band and vocalists join for what becomes an anthemic singalong.

Kudos to Clayton for mixing up the tempos and genres. This auspicious debut leaves no doubt of his promise.