Thursday, March 3, 2016 – The Avett Brothers and Kellie Pickler are among the artists who will join the North Carolina Music Hall of Fame this year, it was announce today.

David Holt, a Grammy winning musician from Asheville, N.C., likewise will be inducted.

Non country and roots acts to be induced include Band of Oz, a pioneer Beach music band from Raleigh, the late Chuck Brown, funk guitarist known as the "Godfather of Go-go," from Gaston; the late Percy Heath, jazz musician/bassist and a member of the Modern Jazz Quartet, born in Wilmington; and Ron Tyson, longtime member of The Temptations, from Monroe.

The Induction Ceremony will take place on Thursday, Oct. 20 in Kannapolis, N.C. 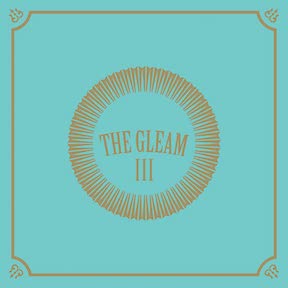 Usually, albums kick off with a sonic banger. And one might assume such is the case with The Avett Brothers' "The Gleam III," which begins with the promising song title, "Victory." However, the chorus to this sadly reflective opener states, "From victory, I accept defeat." That sure dulls the gleam. You can call The Avett Brothers (Seth and Scott Avett) Double Downers, but this sibling act's honesty – even when seriously sad – is refreshing. ...
True Sadness

The Avett Brothers shows oftentimes offer some of the best bluegrass-inspired instrumental music around as brothers Seth and Scott surround themselves with highly skilled players. Albums, on the other hand, can sometimes be a significantly different matter. Songs on the new "True Sadness," for instance, reveal this act's well-developed introspective side. Sonically, "True Sadness" finds the group exploring beyond its rootsy, Americana expectations. ...
The Woman I Am

High quality music found on Kellie Pickler's "The Woman I Am" evidences how the country singer's last album, "100 Proof," was no fluke. The title track, which Pickler co-wrote with husband Kyle Jacobs, explains how this woman will always have a whole lot of traditional country in her blood. "Sometimes I cry at night/Fall to pieces with Patsy Cline." Many of this 12-song album's best material are also ones Pickler helped pen. They include the ...