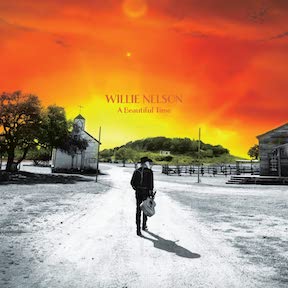 They say if you love what you do, you'll never have to work a day in your life. Just ask 89-year-old Willie Nelson. Within recent history, he's been releasing records at a clip far younger people can only envy, at over an album a year. A tribute album to Frank Sinatra? Absolutely. Traditional hymns? Sure. Another tribute album to Frank Sinatra? You can't make this stuff up.

Beginning with the 2017 "God's Problem Child" record, Willie started musically pondering the meaning of life. (And given his legendary relationship with certain mind-altering substances, it may not have begun there.) "A Beautiful Time" is the next in this nameless series. While there's moments of great humor on these records, the point is to leave behind some tips and tricks to those of us who don't wake up in nearly 90-year-old feet. Similar to Sturgil Simpson's "A Sailor's God to Earth," they take our common experiences of love, loss and laughter and look for conclusions. So much happens – what's really valuable? What makes us go down the paths we choose (or choose us)?

Nelson is not beyond seeking out the wisdom of other gurus, like Leonard Cohen ("Tower of Song"), to explain how he was enticed into the traveling circus, or Lennon/McCartney "With a Little Help From My Friends." What's most remarkable are the new songs, often penned alongside Buddy Cannon, that sound like old songs. Take any line of advice of "Live Every Day" – it's a shelf-full of self-help books. Most deep is "Energy Follows Thought," a rare consideration on the power of negative thinking. Don't forget that there's lots of smiles to be found on this record, though. Best on that front are "I Don't Go to Funerals /I Won't Be At Mine" and the song about gambling from the perspective of the house: "We're Not Happy 'Til You're Not Happy."

Musically, you probably already know the arrangements – generally sparse with improvised Willie solos abounding via his acoustic best friend, "Trigger." The man and his machine are like the flight of the bumblebee – it shouldn't work, this singer who stays in a tiny vocal pocket playing a nylon-stringed guitar with a flatpick. But we've had enough years to know better. How long can the man and his music continue? Aw shucks, Willie seems to tell us – let's think about some bigger things, and enjoy the smaller ones, too. There's no better tour guide to the road than the outlaw who's seen it all.